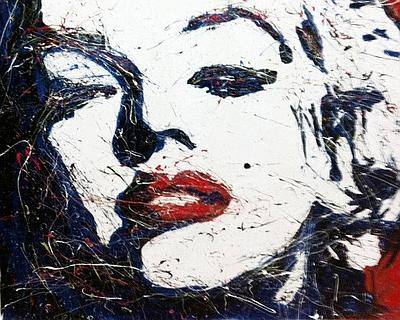 She is the biggest diva of the 1900′s, but will probably remain beyond compare forever. Platinum blonde hair,red lips, generous curves and a vamp spirit made her an icon not only on the big screens but of the whole artistic scene.
Marilyn, a myth surrounded by a gloomy and sad aura due to her many unhappy love stories and not only, constantly portrayed,photographed,drawn,and re-interpreted, managed to slip away from being a mere actress entering the hall of fame of those born from celluloid but that end up invading the whole world.

Fifty years from her death she has been brought back making her fashionable through restored movies, exhibitions that celebrate the myth- such as Ferragamo’s in Florence-works and contests all dedicated to her.
Amongst the multi- portraits by Warhol, the posters, collages by Mimmo Rotella, and various re-interpretations, there are modern celebrations to be added for Monroe. For example, Fratelli Rossetti dedicated a fire red decollete, the artist Alessandro Gedda portrays her on canvas using mixed techniques, and Pepsi homages her with a limited edition can. Pieces that will most probably end up in the star’s collector’s hands.

We would like to make our small tribute to an actress that serenely re-launches the “curvy girl” myth, the shapely and hence beautiful woman, in a time of anorexia, launching a positive message. 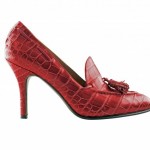 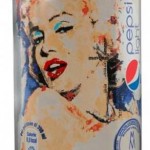 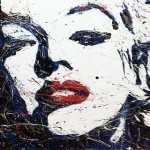 Posted by admin in : design lifestyle, No Comments